The sympathetic system activates and prepares the body for vigorous muscular activity, stress, and emergencies (fight or flight). Drugs that mimic these reactions are known as Adrenergic Drugs or Sympathomimetic Drugs.

These drugs are used to combat life threatening disorders. This may include acute bronchial asthma attacks, shock, cardiac arrests, and allergic reactions. They are also used in nasal decongestion and as appetite suppressants.

There are at least two adrenergic receptor sites (alpha or beta). Norepinephrine activates primarily alpha receptors, and epinephrine activates primarily beta receptors. Stimulation of alpha receptors is associated with constriction of small blood vessels in the bronchial mucosa and relaxation of smooth muscles of the intestinal tract. Beta receptor activation relaxes bronchial smooth muscles which cause the bronchi of the lungs to dilate.

In addition, beta receptor stimulatory effects cause an increase in the rate and force of heart contractions. As a result, increased amounts of blood leave the heart and are diverted from inactive organs to areas that actively participate in the body's reaction to stress such as skeletal muscles, brain, and liver.

In summary the two receptors work as follows:

When thinking about what a drug does, how it works or what kind of side effects it may have, a general working knowledge of the category of drug can be helpful. In this case just think about the response of someone in a fight or flight situation and how the body works in response to it. These drugs simulate this response.

They cause your heart rate to go up, you hear thundering in your ears (your heart is pumping hard), you are breathing harder, your eyes dilate so you can see your enemy better, the liver is in overdrive to produce more fuel and all of your energies are diverted to your muscles, liver and brain. This allows you to either run away from the danger or fight it off. Those are the effects of these drugs.

The adverse effects would be those systems that are turned off. The blood is diverted away from those systems where there is no urgent need for that system to work: The gastrointestinal system causing constipation, nausea or vomiting; the genitourinary system causing urinary retention and cessation of sexual urges; the peripheral vascular system causing shunting of blood from the skin.

This group of drugs “Adrenergics” include bronchodilators, nasal decongestants, vasopressors and appetite suppressants. 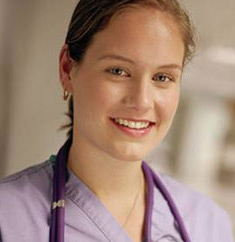